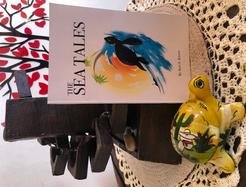 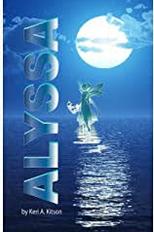 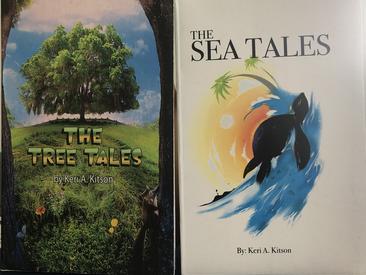 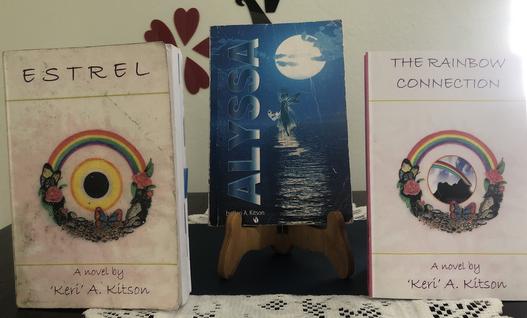 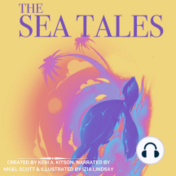 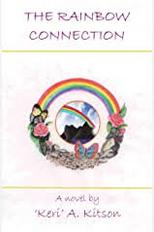 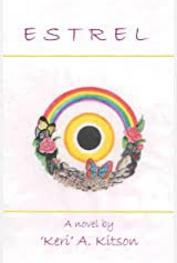 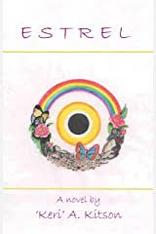 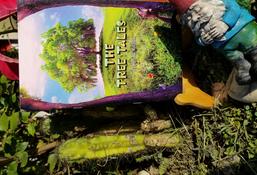 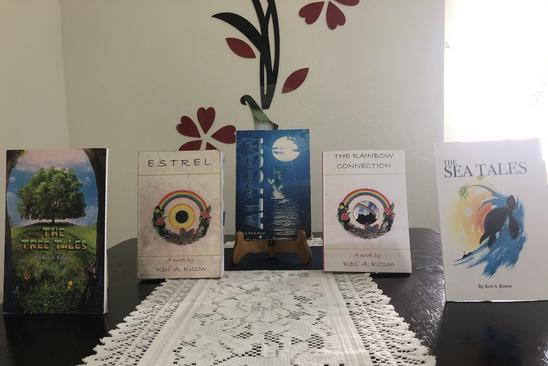 What do a turtle, a jellyfish groupie and a stingray have in common? More than one would assume, it seems as these creatures of the sea form unlikely alliances that impact the lives of future generations. With wonderful illustrations by Izia Lindsay, these appealing short stories by Keri A. Kitson stimulates the imagination as the 'pay- it- forward' concept is explored in a delightful manner.

Narrated by veteran actor Nigel Scott, the short stories of the 'Sea Tales' are brought to life in a delightful manner that keeps us wanting more.

A trilogy of delightful stories for the young and young-at-heart.

A magic tree that heals all illnesses...A blossoming friendship between man and tree-kind...A discovery that saves a city - the precious gift of nature so indelibly linked to our human heritage is explored in these three 'tree' tales.

​This prequel novel chronicles the life of Alyssa Jade Jeremieu Shulto de Tierney . It leads us from her privileged upbringing as the daughter of the Mage King and his Consort, to her inconspicuous latter years disguised as the wife of a country merchant. As Alyssa faces her past that is fraught with danger, she learns that some choices can sometimes lead to redemption.

Permission  granted for use of Avatar "Keri"

​"I need to find out if I'm as good as Mother believed I could be."

Talia Ramona Jeremieu de Shulto of the Merari dome did not believe that her destiny was to sell trinkets for the rest of her life. As a daughter of a well-known merchant mage in the country province of Siente, her future was secure even if a bit dull. Yet, a quirk of fate steps in on her twenty-first birthday which affords her an opportunity to compete against the best mages of her generation in a grueling competition where talent, skill and pure nerve will help her survive. As the dust settles, Talia is shocked as she emerges as the clear winner of the tournament. The future as she knows it has irrevocably changed. Yet more surprises await her, as her mother's secret past is revealed. Talia's journey ultimately leads her into an unknown future where the Demigods of old must be reawakened in order to save her world.

"Ten years ago, I helped save the world with the assistance of my best friend R.L., his brother Novo and our undercover Demigod tutor Ravi. Now, our world needs saving again, and we are fresh out of Demigods to help us this time. After a thousand years of existence, the dome system is poised to collapse as two of the Code Keepers are murdered and a third one fights for his life.

Thankfully, we've learned a few tricks during our ten year hiatus. As I team up with my friends again, we find ourselves targeted by the same culprits who killed the Code Keepers. Lucky for us, the Book of Ahn has awakened after a ten year nap, and we've got an ace up our sleeves. After five hundred years, we finally found a Keeper for the Book of Ahn.

So, to the mages wishing to target us, I say: 'bring it on!' I dare anyone to cross us now."

- Yours truly,
Galine
( Deputy Viceroy of the Five Domes in the realm of Estrel)